UTP is by far the most used networking cable. It typically consists of 4 pairs of 2 wires (8 separate wires total), all within one casing. Each pair of two individual wires are twisted around each other to cancel out EMI (electromagnetic interference). The standard connector in computer networking is an RJ45. There are some other types of twisted pair cabling such as STP (Shielded Twisted Pair) and FTP (Foil Twisted Pair), but these other cable types are seldom used and are not part of the CCNA Blueprint.

There are four colors associated with the eight wires within the cable. The colors of the wires determine where they will be terminated in the RJ45 connector. The color code is Blue, Orange, Green, and Brown. For each color, there are two types: "Color + White" & "White + Color". In other words, there are two blue wires – One is mostly blue with white stripes, the other is mostly white with blue stripes. These are referred to as White/Blue & Blue/White.

There are three types of cables you must be familiar with for the CCNA Blueprint: Straight Cable, Crossover Cable, and Rollover Cable. These cable types are determined by where the various colored wires are terminated (installed) within the RJ45 connector.

In a straight cable (also called a straight through) cable, the wires are terminated on the same RJ45 pins at both sides of the cable:

Although not all wires are in use, they should be terminated identically to what is show in the graphic.

In a crossover cable, four wires are reversed or crossed. Pins 1,2,3,6 on the left are terminated on 3,6,1,2 on the right respectively:

A rolled cable is 100% reversed on one side of the cable: 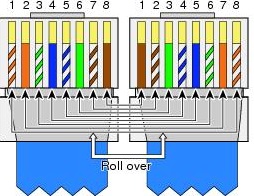 Key Topic: A rolled cable is used to connect to the console port on a Cisco network device (switch / router / etc…).

Although additional categories exist, here are the main categories for the CCNA Blueprint:


Don't spend too much time studying all of the pin outs, speeds, or distances. Here is quick reference that should help your study; this is all that must be memorized:

Note: Many modern switches support a technology called MDI-X. When enabled, you will not need to use a crossover cable for switch-to-switch connections. The "crossover" is done through software. However, this technology should not be considered unless you are specifically told the switch supports it. For example, if our practice question asks you what type of cable should be used for a switch-to-switch connection, the answer is crossover.

Fiber Optic cable uses light to send signals from one device to another. This is different than copper cabling that uses electric signals. Thus, fiber optic cables are not affected by EMI and can often achieve much greater distances without signal loss. 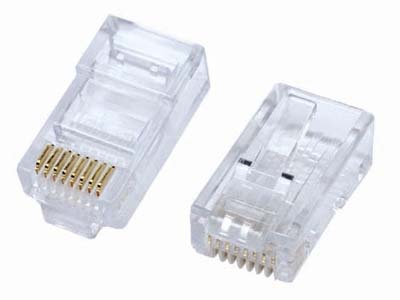 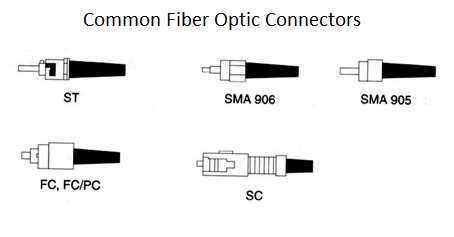 You don't necessarily have to memorize the names of each Fiber Connector. However, you should be able to identify all of these as belonging to the Fiber family. 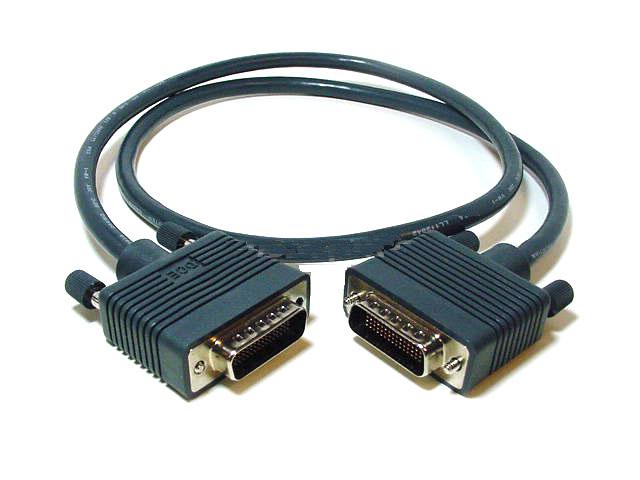 The image is of a typical WAN cable with DB60 connectors. The 60 in DB60 indicates the connector has 60 pins. These connectors are typically used with Serial WAN connections.

Go to the Practice Questions Relevant Category: The Basics → Network Cabling and Connectors